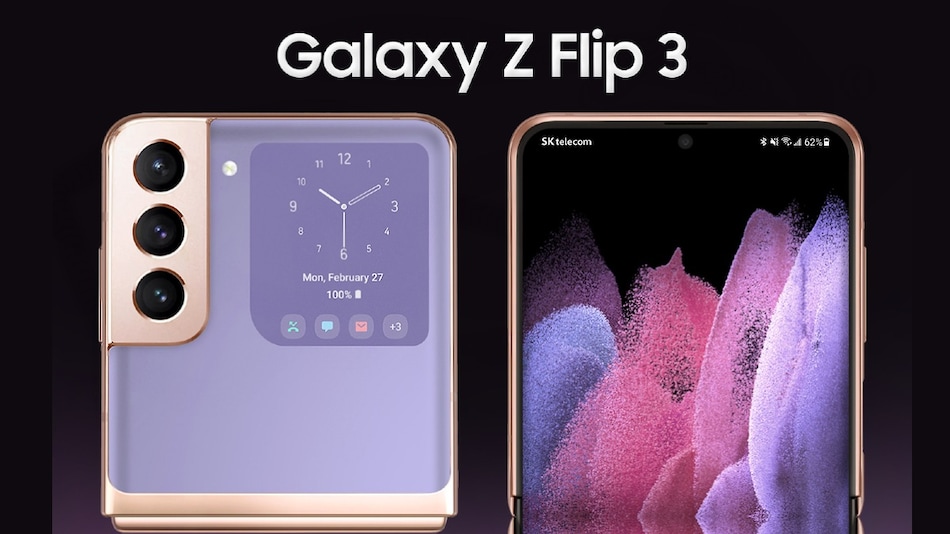 In the image, the cover display of the Samsung Galaxy Z Flip 3 looks enlarged. The report points out that there have been speculations that Samsung will indeed enlarge the cover display to accommodate more information on the screen.