Google announced a range of features focused on Indian languages

Google on Thursday hosted its L10n event to introduce a list of features targeted at Indian language users. One of the major announcements at the virtual event was the ability to toggle search results on mobile devices between English and any of the four newly added Indian languages: Tamil, Telugu, Bangla, and Marathi. This comes as an extension to the existing option to switch search results between English and Hindi. Google also highlighted that its search engine would start showing content in supported Indian languages even if the query was typed in English. Google Maps is also getting the ability to let users see results in nine Indian languages on the app without changing their system language. Google also announced its multilingual model called Multilingual Representations for Indian Languages (MuRIL) to help computer systems understand Indian languages at scale.

Understanding that search queries in native India languages was a big draw, Google has brought an update to switch search results between English and four additional Indian languages — Tamil, Telugu, Bangla, and Marathi — apart from Hindi. The company had introduced the ability to flip between English and Hindi in search results back in June 2016. That was provided through a simple ‘chip’ or tab that users on their mobile devices could tap to see results in their preferred language.

Google said that after it introduced the English-Hindi toggle on Search, it saw Hindi queries in India increase more than 10 times.

In addition to switching search results between English and Indian languages, Google is upgrading its search engine with the capability to understand which language content to surface even when a local language query is typed in English. This new functionality will roll out over the next month in five Indian languages: Bangla, Hindi, Marathi, Tamil, and Telugu. It is aimed to help people get relevant content in supported Indian languages. Also, it would be useful for bilinguals, who could understand English alongside their local language. 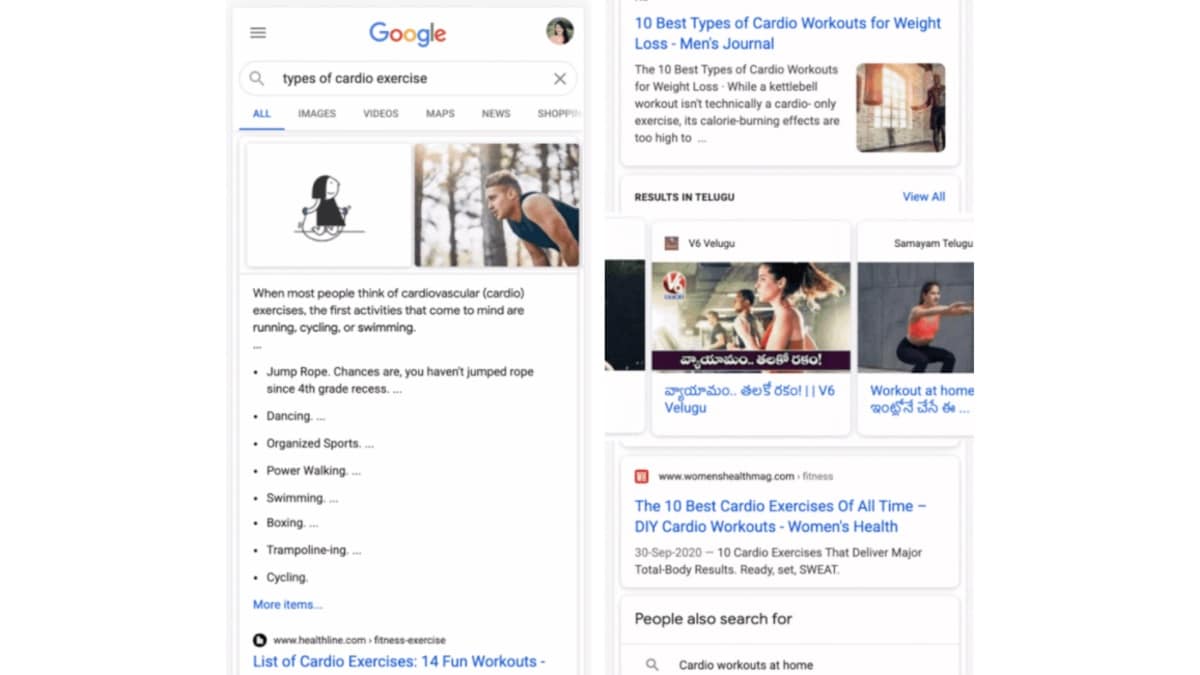 Google also brought a language picker to Google Maps to let users quickly change their language preference into one of supported nine Indian languages. The update will allow users to search for places, get directions and navigation, and understand different settings in their preferred local language. It will be possible by going through Settings and tapping App language.

Prior to the latest change, users were only able to change their preferred language on Google Maps by changing the system language of their devices. 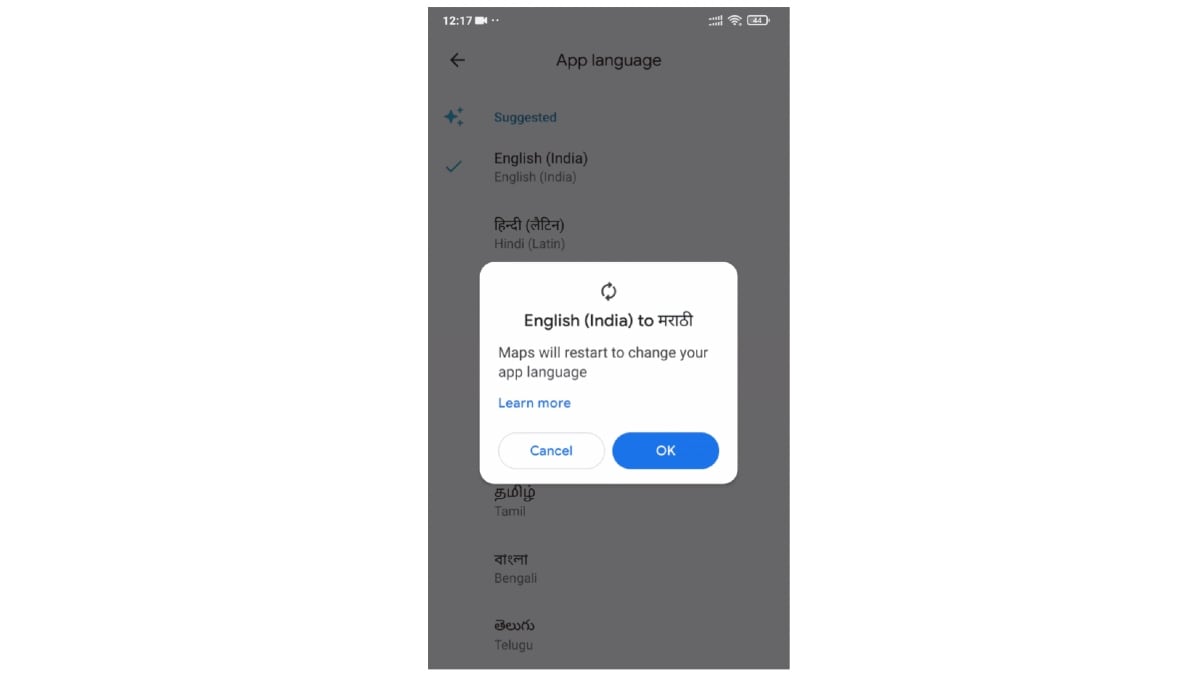 “In just the last two years. India has added 400 million new Internet users from rural India,” said Sanjay Gupta, Country Head and VP, Google India, during the L10n event. “Every new user coming online is an Indian language user, and we are committed to play a part.”

Alongside the language-focussed changes related to Search and Google Maps, Google has upgraded the Lens integration within the Google app for mobile devices to let users find easy ways to solve math problems in both Hindi and English. You will just have to go to the Search bar in the Google app and tap on the Google Lens icon to snap a photo of a math problem. This will allow the image recognition system to turn the image into a query and then fetch step-by-step guides and videos to help explain the problem.

Without giving the exact number of users, Google said that more people use Google Lens in India every month than in any other country worldwide, with over three billion words translated in the country using Lens in 2020 alone. The new update is likely to expand the usage of Google Lens further and ultimately give the company more data to improve its artificial intelligence (AI) algorithms.

The existing AI developments at Google have already helped the company understand Indian languages in a better way. This has resulted in the development of Multilingual Representations for Indian Languages (or ‘MuRIL’), which has been built by a team of researchers at Google Research India. The new language model is designed to scale across languages and provide support for transliterated text. This helps, for instance, when the text is written in Hindi using Roman script. 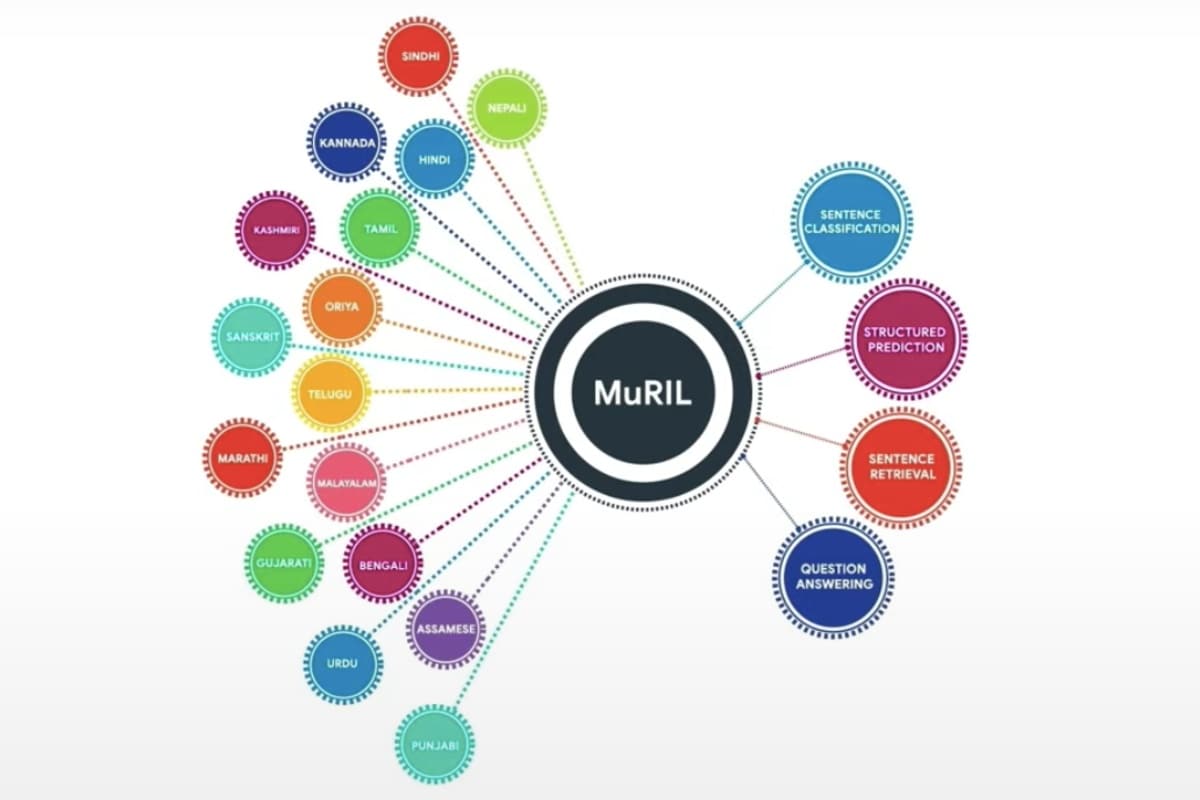 Google says that unlike any traditional language model to train computer systems, MuRIL can help determine the sentiment of the sentence. This means that it can interpret the meaning of sentences — whether they’re negative or positive. For example, if someone has written in Roman script, “Achha hua account bandh nahi hua. (Glad the account did not shut down)”. The language model is claimed to correctly identify this as positive statement.

MuRIL also includes the ability to classify a person and a place. So, for instance, if someone writes “Shirdi ke Sai Baba (Sai Baba of Shirdi),” it would correctly interpret it as a person.

Google, of course, admits that despite many upgrades over existing language models, MuRIL is not a perfect model to understand human language. Nevertheless, it optimistically believes that the new development would help form a better foundation for people like researchers, students, and startups interested in building Indian language technologies.

MuRIL supports 16 Indian languages alongside English and is available as free and open source through the TensorFlow Hub.