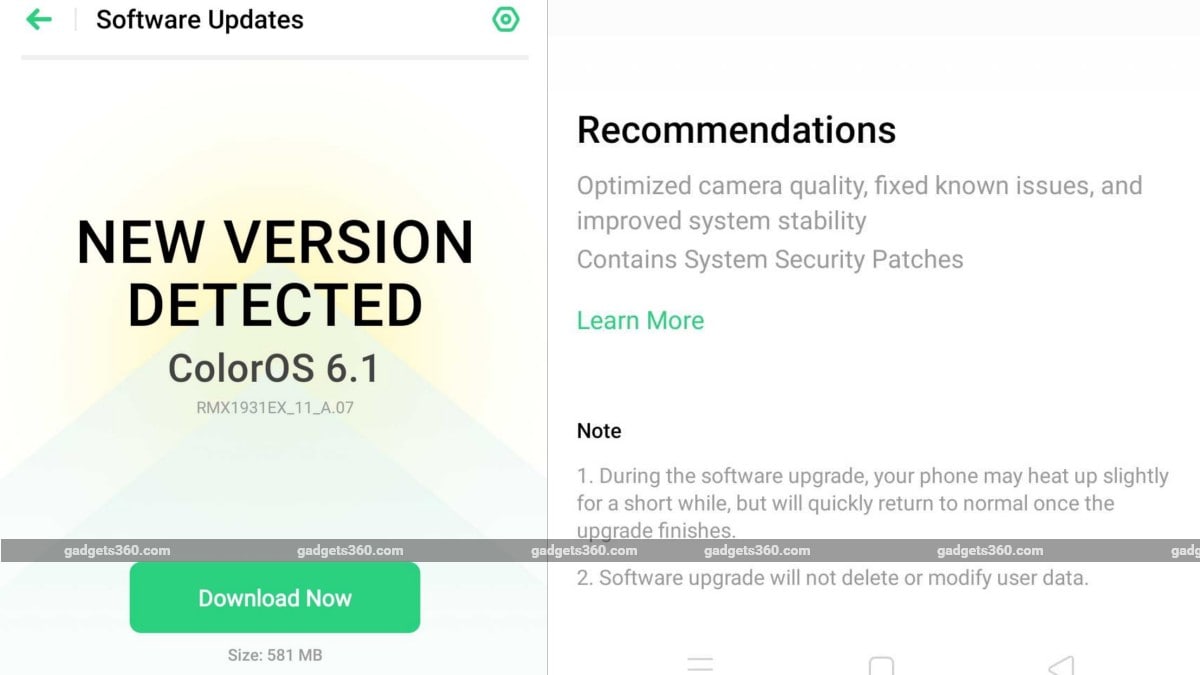 Highlights
In This Article

Realme X2 Pro has started to receive its first software update in India that brings camera improvements. Being called the November OTA update, it predominantly addresses camera quality optimisations on the Realme X2 Pro, and also claims to improve system stability. It is now being seeded via the stable OTA channel for Realme X2 Pro users in India. To recall, the Realme X2 Pro was launched in India earlier this month packing the Snapdragon 855+ SoC, a 64-megapixel quad rear camera setup, an AMOLED display with 90Hz refresh rate, and a 4,000mAh battery with 50W charging support.

The latest update for Realme X2 Pro carries the build number RMX1931EX_11_A.07. Realme has told Gadgets 360 that the update is being rolled out in a phased manner in India. So, if you are a Realme X2 Pro user in India and are yet to receive the update, you will get it over the course of the next few days.

We have received the update on the Realme X2 Pro unit here at Gadgets 360 and it is a pretty heavy one at 581MB in size. Changelog of the update mentions optimisations to the quality of photos captured by the rear camera when nightscape mode is enabled, as well as camera quality of HDR display. Additionally, it also optimises the 90Hz display logic system.

Lastly, the changelog – which is also detailed in an official post on the company forums – also mentions resolution of a few issues and improvements to system ability. You can check for the update’s availability by going to the updates section in the phone’s settings app. Alternatively, you can manually download the update file for the Realme X2 Pro from the official Realme support page here.