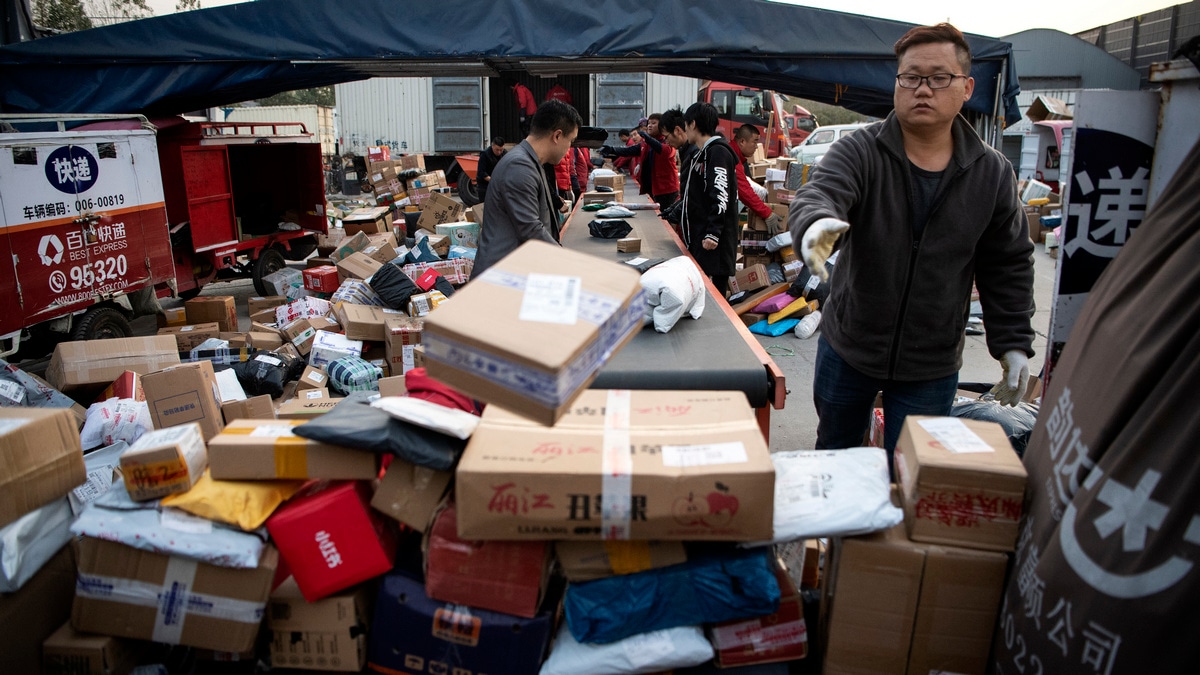 China’s “Double 11” day makes America’s Black Friday and Cyber Monday look tame in comparison. In the first 68 seconds of November 11, Chinese consumers had spent a billion dollars snapping up bargains online. Within the first hour, they’d spent $14.3 billion (roughly Rs. 1 lakh crores) – about half the total recorded last year during the Thanksgiving shopping season in the United States. Even though the Chinese economy is flagging – or perhaps because it’s flagging – consumers are even more eager for bargains on China’s most frenzied shopping day of the year.

“There were so many discounts available that it makes me feel that I have to buy something, or I would be missing out big time,” said Zhang Hui, 31, an employee at a public relations firm here who snapped up a pair of boots and an overcoat on Taobao, for a total of $142 (roughly Rs. 10,000).

November 11 has long been celebrated in Asia as “singles’ day” – because the 11/11 date looks like four singles – and has been commandeered in Japan and South Korea by Pocky and Peppero respectively, the makers of chocolate sticks that look like ones. It is marketed as a kind of anti-Valentine’s Day, when singles can spend on themselves.

The day began to be marked in China in the 1990s, when university students celebrated being single on the day, known here as “Double 11.”

But in 2009, e-commerce giant Alibaba started marketing it as the best day of the year to go crazy on its shopping websites, Taobao and Tmall. Many people now stock up on household goods in particular, buying a year’s worth of shampoo or toilet paper on November 11, when online retailers offer discounts and coupons.

“Our goal is to stimulate consumption demand and support lifestyle upgrades in China through new brands and products,” Fan Jiang, president of Taobao and Tmall, said in the lead-up to the shopping day.

The Chinese economy has been cooling markedly in recent years, with growth slowing to a 30-year low of 6.2 percent, according to the most recent official statistics.

To whip up excitement for this year’s shopping frenzy, Alibaba had Taylor Swift headline its 11.11 Countdown Gala, which was broadcast live on television. Swift performed three songs in a Technicolor extravaganza in a Shanghai stadium.

The numbers racked up on China’s biggest shopping day of the year are mind-boggling.

Alibaba said it hoped Taobao, its main shopping portal where online store owners offer their wares, would attract more than 500 million users on November 11, or 100 million more than last year. Alibaba’s cloud computing system, Aliyun, was processing 540,000 transactions per second at one point on Monday morning.

Before 8 a.m., Alibaba’s logistics arm had dispatched more than 100 million packages of preordered goods. The State Post Bureau said it expected to handle 2.8 billion packages this week, up a quarter from last year. That’s two packages for every single person in China.

Some small store-owners make a large percentage of their annual sales on November 11. One retailer, Nanjiren, sold 166,119 four-packs of men’s underwear, offered at less than half-price at $7, by 4 p.m.

Three Squirrels sold 800,000 sets of assorts nuts – macadamia, cashews, sunflower seeds and acorns – by cutting the price from $7 to $4.

More than 12 million people watched American reality TV star Kim Kardashian live-streaming with Chinese influencer Viya on Tmall on Thursday to promote her KKW beauty line. She sold 15,000 bottles of perfume in seconds, according to Alibaba.

Even second hand car dealers were getting in on the act, although the discounts were not as steep. One was offering a Singles Day discount of only $30 off a $113,000 Porsche Cayenne SUV.

Cathy Tu, a 45-year-old education consultant, dropped more than $700 on Taobao in the first hour of Singles Day. She bought Beats X earphones by Dr. Dre, Givenchy perfume and skin care products for herself, baseball caps and a scarf for her teenage daughter, and toilet paper rolls, toothpaste and other household goods