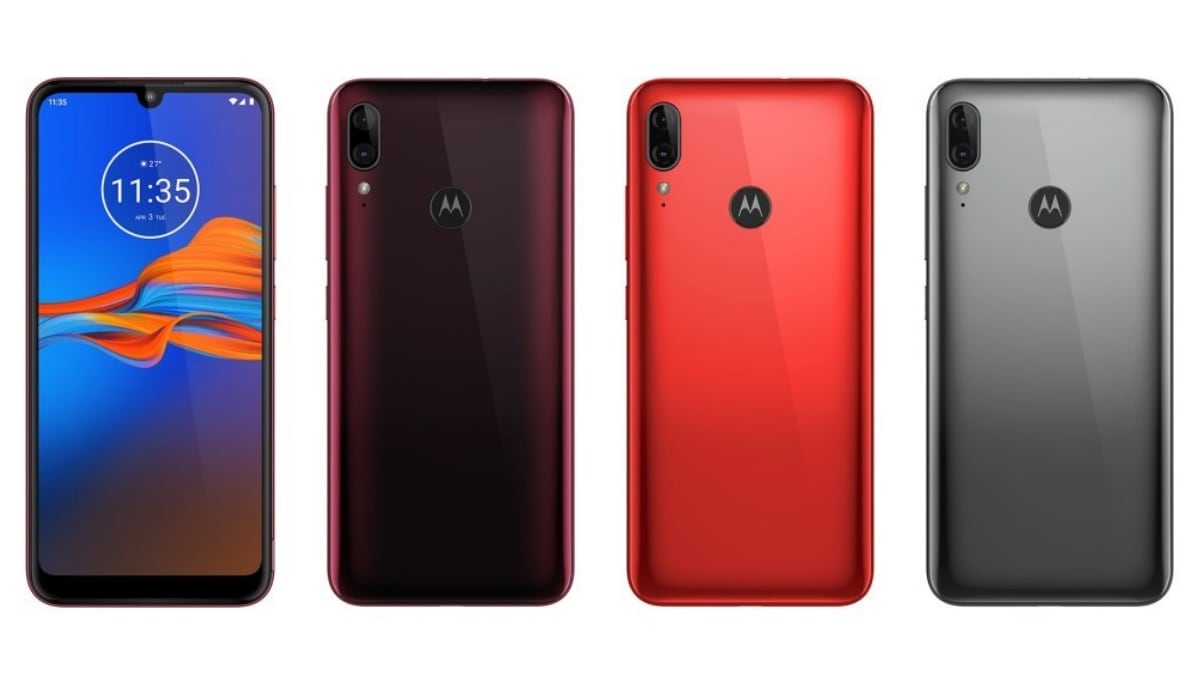 Moto E6 Plus renders show a thick chin on the smartphone

Motorola is planning to add another model to its Moto E6 lineup in the form of Moto E6 Plus. The smartphone was first spotted back in June on benchmarking website Geekbench and has since showed up once in a set of live shots. Now, German website WinFuture has published a whole bunch of the official-looking product shots of the phone, revealing key details about the phone. To recall, the Moto E6 was launched in July this year and comes with features like Snapdragon 435 SoC, 13-megapixel primary camera, and a 3,000mAh battery.

According to the alleged press renders shared by WinFuture, the upcoming Moto E6 Plus will sport a waterdrop-style notch with a pretty thick chin. On the back, the phone is seen housing a dual-rear camera setup with a single LED flash and a fingerprint sensor. The speaker grille, microphone, and a Micro-USB port is present on the bottom and the company has added a 3.5mm audio jack on the top.

Apart from these details, the images also give us a glimpse at the three colour options of the Moto E6 Plus – Grey, Red, and some kind of Brown.

Motorola Moto E6 Plus is rumoured to pack an 8-megapixel front shooter and a 13-megapixel main rear shooter, paired with a 2-megapixel depth sensor. Additionally, the phone is said to include MediaTek Helio P22 SoC, up to 4GB of RAM, up to 64GB of onboard storage, and a microSD card slot.

No other details are available at this point; however, WinFuture suggests a price tag of EUR 150 (roughly Rs. 12,000). It is likely to be much cheaper when it debuts in India.