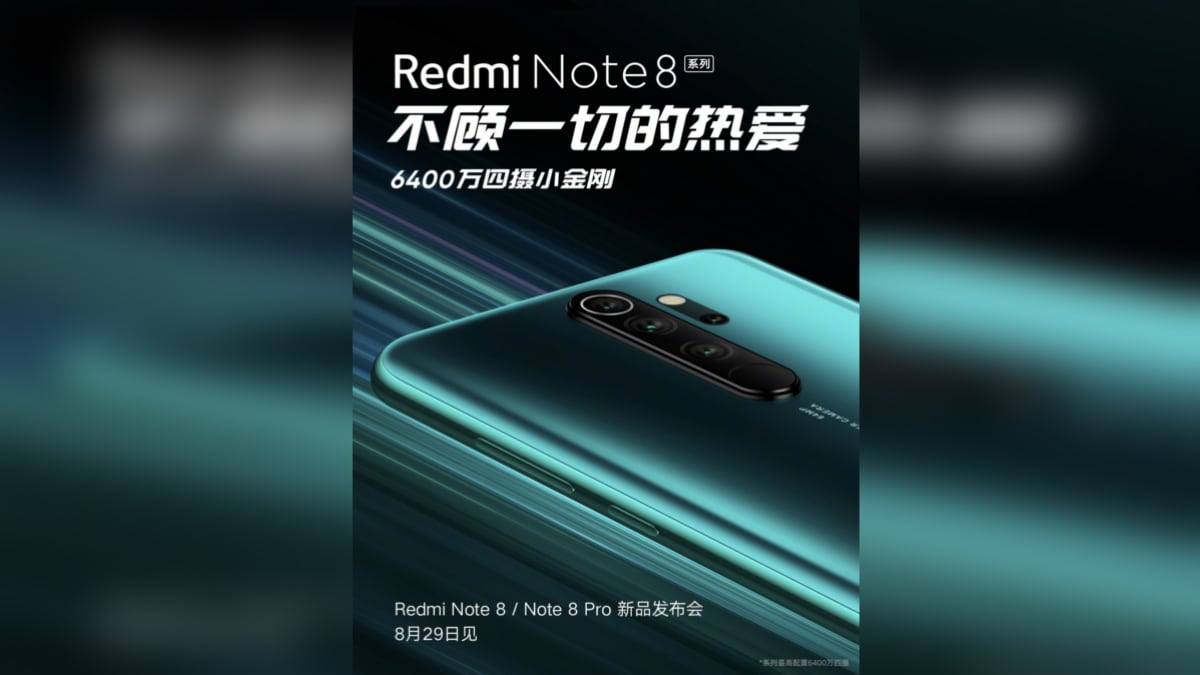 Earlier this month, Xiaomi announced that it would bring a new Redmi phone with a 64-megapixel camera. The camera sensor will be Samsung’s ISOCELL Bright GW1, the company said. It also revealed that the phone with the new sensor would make its way to India in the fourth quarter.

Like Xiaomi, rival Realme is also leveraging the Samsung innovation and is set to launch the Realme XT as its first 64-megapixel camera phone in India in late September.

The new camera sensor, which was unveiled in May, is equipped with Tetracell and 3D HDR technologies. It is designed to capture images with additional details.

Some recent leaks pertaining particularly to the Redmi Note 8 have claimed that the new phone could come with 18W charging support and a USB Type-C port.

At the August 29 event, Xiaomi is also set to launch the new 70-inch Redmi TV. CEO Lei Jun recently teased the smart TV through his Weibo account. Furthermore, an official image that has been released just earlier this week suggested thin bezels on the Redmi TV.