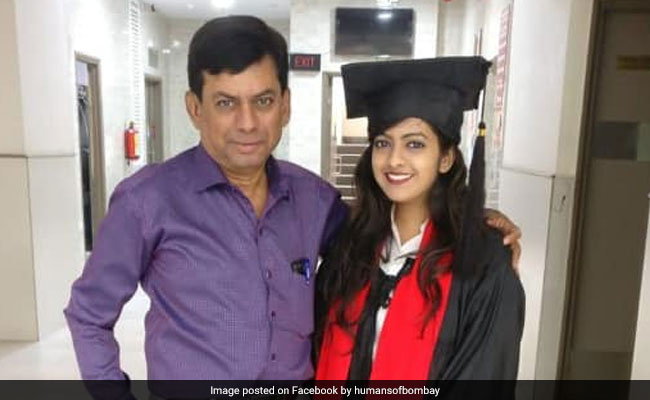 Father and daughter together at law school.

A lovely post is bringing smiles to people’s faces this morning. Shared by the popular Facebook page ‘Humans of Bombay’, it’s the story of a father rediscovering his love for education – and studying at the same college as his daughter.

The story was related by his daughter, who said: “My father was always interested in the world of law… He wanted to study law, but when he was younger, his family couldn’t afford it. So instead he became a consultant, and worked at a firm.”

She goes on to talk about how, when she started studying law, her “intrigued” father would ask her about her classes and her subjects. Eventually, he realised he had the time to go back to college and do something he had always wanted to do – study law.

“So believe it or not, now my father and I are in the same college, and he’s actually my junior!”

The rest of the post is a heartwarming read about how the father and daughter duo have fun in college, discussing professors, classmates, assignments and even sitting together. “Watching him revive his passion, makes me so happy,” says his daughter.