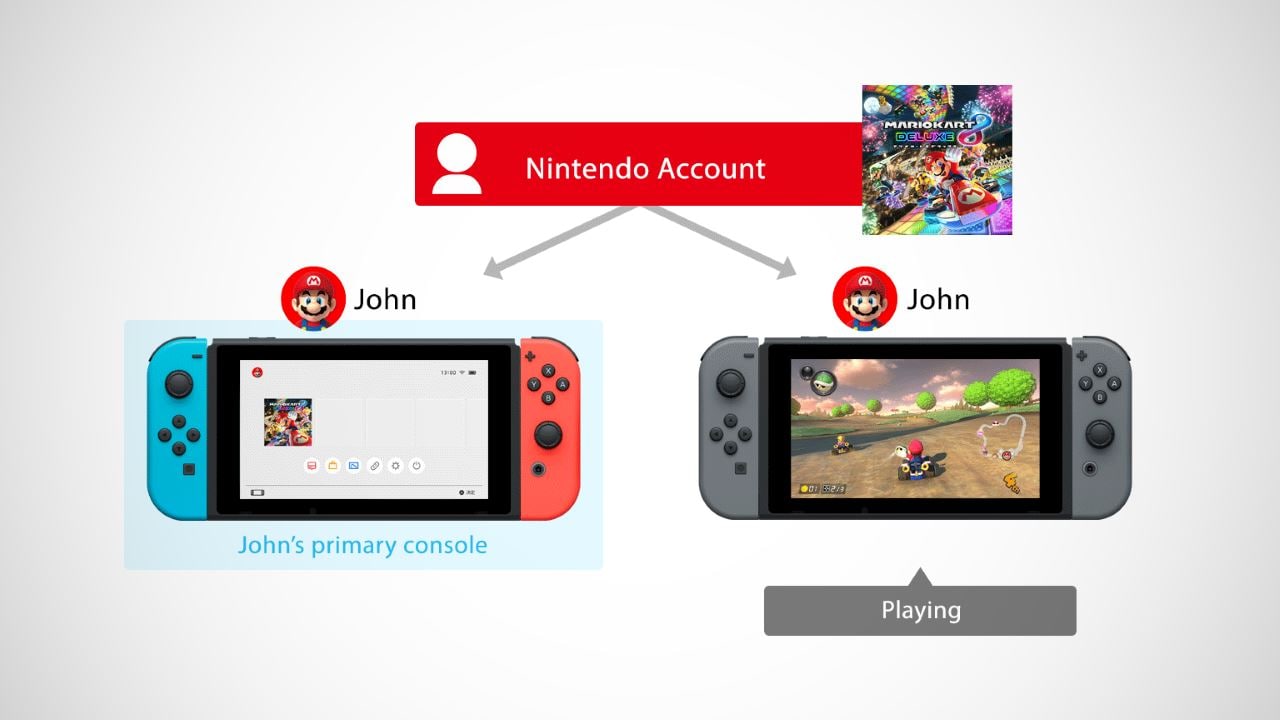 Alongside the launch of Nintendo Switch Online on Tuesday, software update v6.0.0 for the Switch has introduced the option to play digitally-purchased games across consoles, for those who own more than one Switch. The caveat of course is that you can only play on one console at a time.

Nintendo uses the terms “primary console” and “non-primary console” to label your devices, with only Switch allowed to be listed as the former. The first Switch that logs onto the Nintendo eShop will be activated as the primary console though you can change that by deactivating the current console and then accessing the eShop on a different one.

If you’re wondering why Nintendo has that restriction, it’s because the company needs to know if you’re playing on another console. Should you lose your connection to the Internet or start playing a digitally-purchased game on the primary console, the game will pause “after a certain amount of time” on the non-primary console, Nintendo says.

Given Nintendo’s careful wording, it seems that you should be able to play a digitally-purchased title on one console and use a Switch game card with another console.