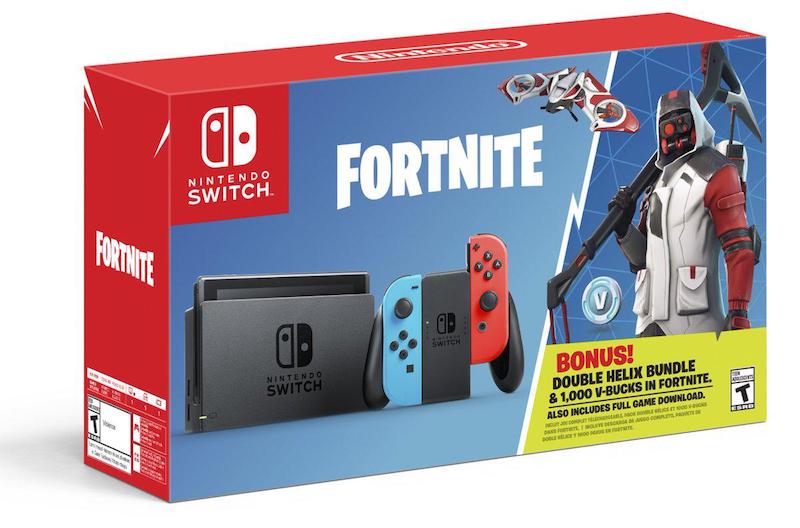 Much like the PS4, Fortnite is getting a Nintendo Switchbundle soon. It will ship with a Nintendo Switch console, a full game download of Fortnite, cosmetic items for the game referred to as the Double Helix bundle (consisting of a unique character outfit, back bling, glider and pickaxe), and 1,000 V-Bucks – Fortnite’s in-game currency. The Nintendo Switch Fortnite bundle release date is October 5 in the US and Europe with a price of $300 (around Rs. 21,000). It’s an interesting time to bring in a new Nintendo Switch bundle when you consider that the console has its paid online service, imaginatively known as Nintendo Switch Online, going live from September 18 in the US at 8pm ET (5:30am IST on September 19).

“Fortnite’s launch went extremely well — we had more than two million downloads in less than 24 hours,” Reggie Fils-Aime, President and Chief Operating Officer of Nintendo of America, told Polygon in an interview at E3 2018. “I think that speaks to the power of the franchise, the engagement of our players and the resonance of being able to play it anytime, anywhere.”

Also keep in mind that this is the Fortnite Battle Royale mode and not Save the World, which Epic Games has no plans of bringing to the Nintendo Switch. It’s the game’s cooperative experience and is currently in paid early access on PC, PS4, and Xbox One. It makes sense considering most of Epic’s efforts for Fortnite have gone towards the battle royale component.