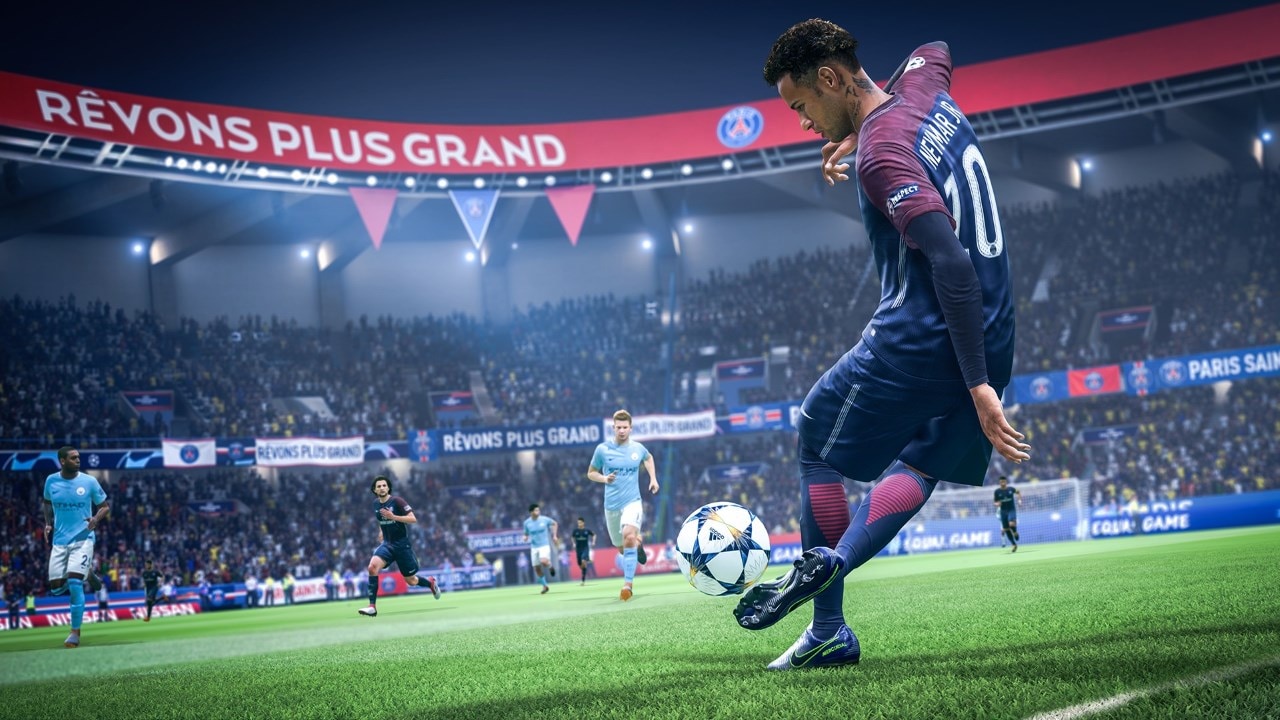 The FIFA 19 ratings for the top 10 players has been revealed by EA. Sharing the top spot are Cristiano Ronaldo and Lionel Messi with overall ratings of 94. They’re followed by Neymar who has a rating of 92. Aside from announcing a FIFA 19 demo, EA has, over the course of the week, slowly been announcing its top 100 players in FIFA 19 and the final 10 holds few surprises. FIFA 19 player ratings are a subject of speculation for many a hardcore FIFA fan and the process is not easy. It involves a network of around 9,000 reviewers, 300 data pools, and 35 categories to sift through and assess 18,000 players. That said, here are the top 10 players in FIFA 19.

This is the firs time Messi and Ronaldo share the same rating. In FIFA 18, Messi was rated 93, a single point behind Ronaldo. In terms of specific ratings such as pace, Neymar leads the pack with 92 while Messi has a dribbling rating of 96. EA’s justification for Ronaldo taking the top spot is as follows.

“The FIFA 19 cover star’s career has been packed with awards and trophies, but after his high-profile move to Juventus this season, it’s clear that Ronaldo isn’t done racking up silverware. The Portuguese forward continues to play like the world’s best, and his ratings are evidence of an astoundingly talented player,” a statement from the company reads.

“Ronaldo beats defenders left and right when attacking, burning them with his 90 Pace and bamboozling them with a 90 Dribbling rating. But the most complete forward in football stands above the rest with a 93 Shooting rating, evidence of a natural finisher who puts away more chances than he misses on a regular basis.”

With FIFA 19 releasing on September 25 for those purchasing the Champions Edition and September 28 for the standard variant, EA has finally announced when you’ll be able to check out the FIFA 19 demo if you’re on the fence about buying the game. The FIFA 19 demo release date is September 13. It will be available on PS4, Xbox One, and PC. Interestingly, if you have an EA Access subscription on Xbox One or an Origin Access account on PC, you’ll be able to play the full FIFA 19 game a week later from September 20.

This time around, there’s a new mode too. Dubbed as Survival Mode, has more in common with the battle royale genre popularised by PUBG and Fortnite than well…football. In FIFA 19 Survival Mode, each goal you score has one of your players (chosen at random) leaving the pitch. Unlike battle royale however, you don’t get to a situation wherein it’s down to the last player standing and the pitch doesn’t reduce in size either. This is because it follows real life football rules wherein a match is abandoned if either side has fewer than seven players. So to win, you need to score five goals resulting in five of your players making an exit from the match.

And while having some similarities to the battle royale genre, EA states this was devised long before PUBG Corp and Epic Games popularised it.

“That battle royale thing kicked off long after we came up with this idea, but it’s funny people are associating it [Survival Mode] with battle royale,” said FIFA 19 Creative Director Matt Prior to Eurogamer.