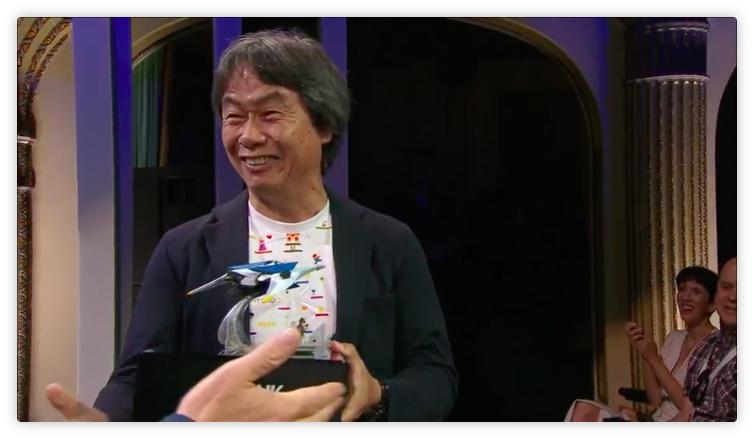 Ubisoft’s E3 2018 was action-packed, thanks to several game announcements such as Starlink: Battle for Atlas. In this game, the villain appears to want to end Atlas and the heroes obviously want to stop that from happening.

Laurent Malville, creative director for Starlink: Battle for Atlas, got on stage to talk about the game. We had seen this game at E3 2017 as well. The story revolves around a villain that wants to destroy Atlas. This game combines the real and the virtual world with toy-like attachments that help you reconfigure your ship.

Starlink: Battle for Atlas has both humans and intelligent animals as characters, as we noticed in the cinematic trailer. In a surprising twist at the end Ubisoft CEO Yves Guillemot announced that Star Fox will be in Starlink: Battle for Atlas. Nintendo’s Shigeru Miyamoto was in the audience too, marking the second year in which Ubisoft had a big announcement in collaboration with Nintendo. Yves gave him the first prototype of the Star Fox vessel that you can play as in Starlink.

Starlink will launch on all consoled on October 16, 2018, with Star Fox being exclusive to Nintendo Switch. Ubisoft also announced that you can pre-order Starlink: Battle for Atlas right now via this website.